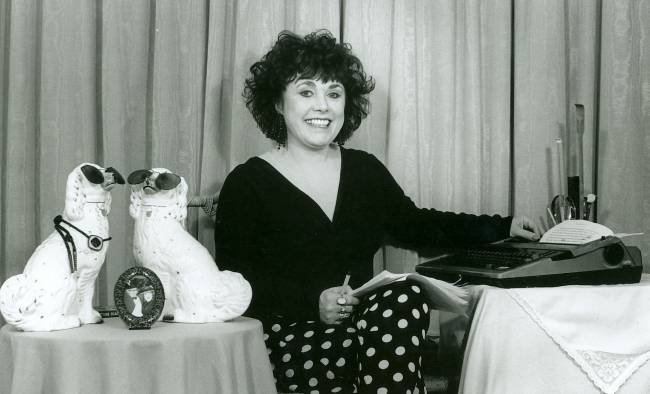 I was born in Ilford in Essex on the 6th March, at number 13, Albermarle Gardens. My father had rented a house for my mother's confinement because it had a flagpole in the garden and he was determined to run up a flag when I was born.

As you will probably have guessed already, my father, Robert, was extremely eccentric and quite deliciously charming. He was always surrounded by hordes of women and even when he died aged 83 was still being taken out by a mother and daughter who doted on him. He was Bavarian by birth, coming to this country between the wars, and had all the style of a European of that era. He once fell off a low balcony doing the Charleston, plunging six feet. Fortunately he fell into a pile of leaves and thus avoided any permanent damage.

On my mother's side I am Welsh and English. My Welsh great grandfather was a bard of the Eisteddfod and a professional musician known as Gwilym Lon (Sweet William). I don't know much about his wife, my great grandmother, except that she seems to have been a formidable old lady who travelled widely. Their daughter, my grandmother, was a member of Madam Clara Novello Davies's choir and often had little Ivor playing round her feet during her singing lessons.

On the English side there is an intriguing mystery. My grandfather always claimed that he was related to Thomas Hardy - Hardy was his surname too. He also claimed relationship to both Admirals Hardy - there were two of them, one of them famously at Nelson's deathbed - and so did Thomas Hardy. Is it possible, I wonder? Proving it is made more difficult by the fact that Thomas Hardy denied various cousins during his lifetime. I think I need to hire a professional researcher because I truly don't have the time to pursue the mystery.

Anyway, I arrived in the mad month of March - I'm a Pisces - and in due course went to school. I must confess that I didn't really like formal education very much. I was terrible at all sport except for hockey, where I played in back, but I very much enjoyed History and English, and frequently had my stories read out to the rest of the class.

People often ask me how I learned to be a writer but I truly believe I brought the gift in with me. I used to write short stories for my father from the moment that I mastered the art of writing and continued to write throughout my teenage years. They were always rather bad historical novels.

By the way I attended Putney High School at this time, my parents having moved to a very old cottage - sixteenth century - in Chiswick. It was in this house that I spent my formative years and I used to love walking to Strand-on-the-Green and staring at the river. We had some friends who lived in the painter Zoffany's house and I particularly loved visiting there, full of his atmosphere as it was.

I had no idea what sort of career I wanted to pursue when I left school and so my parents decided that it would be best if I went to Regent Street Polytechnic and did a journalists course. And thank heavens they did, because inevitably I came in touch with the written word. My very first job was on THE CHEMIST AND DRUGGIST - I wonder if that still exists? - with a very lowly salary, but eventually I progressed to WOMAN where I assisted with the etiquette column. Eventually, though, I ended up on THE TIMES with an exciting job in the News Room. I remember getting a crush on one of the reporters - who didn't even know I existed.

But Fate was standing by to take a turn in my life. Leaving THE TIMES, I went to THE EVENING NEWS and there I met the Assistant Editor, the widowed L.F. (Bill) Lampitt, who I married three months later. Everything changed completely. For the first time I found myself living in a village, away from London. However, I didn't get much time to worry about that because I soon discovered that I was expecting my first child, who was duly born on 23rd February, 1961, and named Amanda Valentine. The day after her first birthday we moved to a large Victorian house in Tunbridge Wells and it was in this house that my second child, Brett Robert, was born on 28th April, 1964.

Yes, you've guessed correctly. I had completely given up on writing and was busy being a new mother and involving myself in lots of local activities, before going back to work when my children were safely in school. In 1967 Bill had a coronary thrombosis and retired early from the newspaper, his health never quite restoring itself to its former strength. Then, sadly, in 1982, he died. 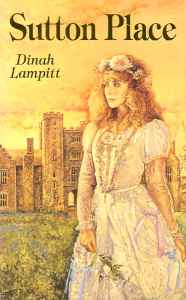 However, I had returned to writing and had had several short stories published in THE EVENING NEWS. I also wrote features for SHE and WOMAN'S WORLD and had started a full length novel, about which I was not happy. Then Fate took a turn once more and put me in the right place at the right time. I went to a Health Farm and there I met a member of the Getty family, Jacqueline, Paul Getty's beautiful blonde daughter-in-law. She took me to Sutton Place on the last day of our stay at the farm and the result was quite devastating. Muttering casually that the place had a curse on it, I listened avidly while she gave me a brief resume of its current sad history. Then she turned to me and said, "Why don't you write a book about it?" The rest of the story seemed almost pre-ordained. In 1983 my first book, SUTTON PLACE, was published and I have written many since.

Read more about Sutton Place, which is now available in a Kindle edition.

Unfortunately Bill never knew that I became a published author though he was aware that I was engaged on a book that he felt certain would make it.

Anyway, his death meant that I moved to a much smaller house and I bought a cottage in a village called Mayfield in Sussex. And it was there that I met my second partner, Zak Packham. I ended up by moving into his cottage, which was in the heart of the country with the most glorious views wherever you looked. Those years were enchanted and enchanting, the happiest of my entire life. During the time I was with Zak, my son married Sally Marsden and they produced a boy called Henry James, who Zak idolised. Then they had another son, Elliot. My daughter had by this time met her future husband, Paul, and all of us - the two children included - went off on a family holiday to Gascony in France.

And now I have to relate the saddest fact. Zak died of a smoking related heart condition in May, 1996. It was a blow that devastated the entire group of us and I truly believe that writing saved my sanity. I was on the deadline of DEATH AT THE DEVIL'S TAVERN at the time and my publishers moved heaven and earth to help me. I had an editor called Philippa Pride who did everything in her power to save the day. I finished the book, somewhat late, but the publishers produced it on time.

Two years after Zak's death I moved on a whim to Devon, where I became involved in the local repertory theatre which was run by a good friend of mine, Imogen Vance. But the winters were bleak and lonely and though I produced a good John Rawlings book out of it - more about how I discovered him elsewhere - it proved too depressing and I came back to Sussex, my old stamping ground.

And now I live close to my son, who finally produced a daughter, Amelia Grace, and not far from Amanda, who had a boy called Fintan. I have a good social calendar and plenty of friends and am thoroughly enjoying my life as a full-time author and woman about town.