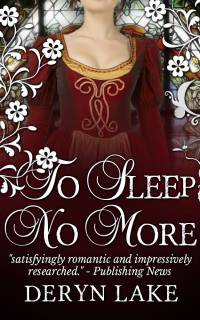 To Sleep No More

England at the time of Edward III - a time when marriageable daughters were welcome currency in the plans of ambitious men.

In the Sussex village of Mayfield, the young and beautiful Oriel de Sharndene has been forced into marriage with the Archbishop of Canterbury's brother though she loves a handsome Gascon squire.

Yet all is not as it seems, for these are three people who have not only met in another life but are fated to meet again and again.

From medieval England to the witch hunts of the seventeenth century and the smuggling and highwaymen of the eighteenth, To Sleep No More is an unforgettable tale of three characters whose souls can not rest until their final destiny has been resolved.

"A chilling, compulsive read, vividly brought to life and guaranteed to keep you turning the pages."

"Accurate historical detail is linked to fiction in an entertaining novel."

"In this fine historical romance, love defies time, with souls in torment, reincarnations and all that. A good mixture of fact and fiction, fascination and fate."

It was originally published by Michael Joseph in 1987. 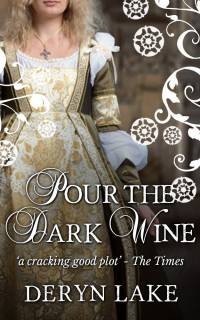 A time of intrigue and chaos, with a country ruled by a cruel and determined monarch. In Henry VIII's court a rise to favour can easily be followed by a fatal fall from grace.

Four Seymour children of Wolff Hall stand upon Merlin's Mound, said to be able to grant wishes, and make ambitious claims for their futures.

Edward, the eldest, wishes to own all the land he surveys.

Thomas, rakish and carefree, wishes to marry the highest woman in the land.

Elizabeth, their half-gypsy cousin, cunningly wishes for the wisdom of Merlin.

And lastly Jane, their plain but romantic sister, wishes that she will one day marry a king.

The four Seymour lives will be inextricably bound with the reign of the ruthless King Henry VIII and his sometimes equally perilous passions and hatreds.

Each of them will find their childish wish granted - but at what price?

All will be at the mercy of the King's bloody reign and victims of their own ambitions as they strive to further the Seymour cause and believe that happiness can be found in power...

Pour The Dark Wine is a thrilling and superbly written historical novel charting the perilous climb of the Seymours in Henry VIII's court.

It was originally published by Michael Joseph in 1989. 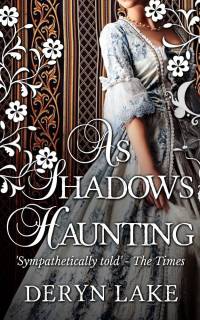 1759: Lady Sarah Lennox arrives at Holland House and at just fourteen years old is swept into society and hailed as the beauty of London.

She is fated to catch the eye of the young Prince of Wales, the future King George III, and they begin a romance which is as all-consuming to the young lovers as it is forbidden by George's advisers when he ascends to the throne.

For Sarah's political connections make her an unsuitable choice in the eyes of the King's controlling mother, Augusta Saxe-Gothe, and Sarah begins the battle that will engage in her whole life - to find love in the face of enormous odds.

Amid the turmoil of her royal romance, Sarah has disturbing visions - a young woman with flame-red hair appears at her bedroom door one night, and this 'ghost' makes itself known at crucial moments throughout her life.

Sidonie Brooks, a talented musician who specialises in the eighteenth-century harpsichord, moves into a flat near to Holland House in the late twentieth century.

There she begins to have strange, inexplicable episodes in which she seems to step through time and witness the life and intrigues of a beautiful young woman.

Sidonie is just beginning to reach a new level in her career, even as she is torn between her handsome neighbour, Dr Finnan O'Neill, and the Russian musical prodigy Alexei Orlov, and as she tries to unravel the mystery of her visions of Sarah Lennox.

As Sarah's life of romance and scandal begins to interweave with Sidonie's musical and romantic awakening, the two young women will find their lives running along extraordinary parallels, as they both seek the ultimate happiness of love.

As Shadows Haunting is a sweeping, romantic historical novel, bringing to life the eighteenth century through the haunting tale of Lady Sarah Lennox.

"She has a strong sense of history and an uncanny ability to bring it to life."

"Sympathetically told, and the lives of the twin heroines touch and part in a very convincing manner."

It was originally published by Hodder & Stoughton in 1993. 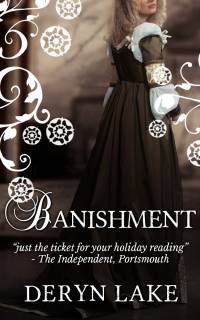 Nichola Hall is acclaimed actress and an accomplished collector of men.

But she also has an infamous reputation.

Sensual, lithe and utterly sexy, Nichola is a hedonist without remorse - or friends.

So when she wakes up from an experiment in hypnosis to find herself in the body of Arabella, beautiful step-daughter of the unappealing Sir Denzil Loxley, she is hardly equipped for life in the seventeenth century.

Shocked to discover she has an attractive Parliamentarian lover and a new-born child, and is in the camp of the losing Royalists, Nichola's main objective is to get back to her own time.

Yet she can hardly explain what has happened without risking being accused of witchcraft.

And anyway, there is a more immediate problem to confront: the lecherous attentions of Sir Denzil.

Rescued by one of the King's noblemen, the dashing Lord Joscelin Attwood, Nichola suddenly realises she is rather enjoying playing the part of Arabella.

Then slowly, insidiously, she finds that the part is becoming more real than her own identity.

And it dawns on her that she is no longer acting.

The old heartless Nichola Hall has actually fallen in love.

And she is ready to face the dangerous wiles of her step-daughter, to deny herself the delights of Prince Rupert and to brave the bloody fighting for the sake of a loved one who has brought her back across the centuries...

Romantic, raunchy and intriguing, Banishment is a compelling story set against the evocative, wonderfully crafted backdrop of the Civil War.

"just the ticket for your holiday reading"

It was originally published by Hodder & Stoughton in 1994.