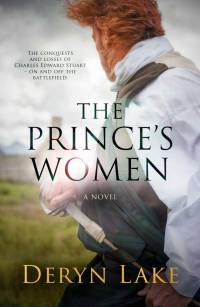 In this titillating but tender novel, based on eyebrow-raising letters found in the Royal Archives, comes the story of a man of Scottish legend. Charles Edward Stuart was the Bonnie Prince from overseas, risking all to fulfil his people's destiny, while enjoying love affairs with some of the most fascinating women of the age.

For while Charles was undoubtedly dedicated to the Jacobite cause, he was also devoted to the pursuit of women. Whether they were married or single, older or younger, mattered not to Charles as he cavorted his way across Europe with the same gusto he applied to fighting for the English and Scottish crowns.

But perhaps his greatest love was reserved not for any sweetheart, but for his daughter. Torn from his arms as a child, Charlotte grew up an outcast and lived in scandal as a result.

The Prince's Women is a uniquely human portrait of a celebrated man. Fans of The Favourite and of Phillipa Gregory will devour this comprehensively researched, right royal romp.

"Deryn Lake's meticulous research and her poignant sense of passing time elevate the book above mere pleasure reading. She is my favourite historical novelist."

Steven Saylor, author of The Throne of Caesar

The Prince's Women was first published by Endeavour Quill in May 2019; order the paperback edition from Amazon or from any bookshop (ISBN: 978-1-9114-4574-6), or download the Kindle edition. 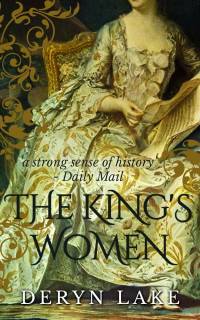 France in the Middle Ages. A country torn by internecine strife, and menaced by the might of England's King Henry V. At the country's head is a frightened youth, the Dauphin Charles.

Isabeau and the mad King disinherit Charles, their last surviving son, and acknowledge King Henry V of England as the heir to the kingdom after his marriage to their youngest daughter Catherine.

Charles VII still has a few supporters though not very many, the main one being Yolande of Aragon whose daughter Marie and Charles are married while still quite young.

Yolande takes the reins and rules in the immature Charles's stead; Charles's fortunes continue to flounder but Yolande expertly manages to keep alive his hopes that one day he may rule France...

Without the women in his life it is doubtful that Charles would have been able to defeat the English and regain all his lands lost to Henry V.

The magnificent Yolande, more a mother to him than the depraved Queen Isabeau; Marie, his plain but intelligent wife; but above all, Jehanne, the unblemished girl who will ride at the head of his army whilst swearing allegiance to the mysterious Knights Templar. The girl who will become known to legend as Joan of Arc...

"A meaty dish of lust and medieval intrigue"

"Best writer of her kind."

The King's Women was originally published by Hodder & Stoughton in 1991; order the paperback edition from Amazon, or download the Kindle edition. 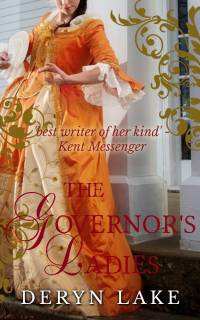 The town is seething with unrest as it stands on the brink between war and peace.

With loyalties and love stretched to their limits, the lives of Thomas Gage, his wife Margaret and his exotic young slave Sara, become inexorably intertwined.

For many years, Thomas believed he did not have the time or the inclination for romance, but everything changed when he met and fell in love with the vivacious Margaret Kemble, whose hand he eventually won in marriage.

Years of happiness ensued in which he rose to become the British Governor of Massachusetts.

But in 1775 the ever-building tensions in the troubled state suddenly erupt into violence.

Having risen through the Army ranks before meeting Margaret, Thomas has known many battles in his time.

But this one - the War of Independence - is different; there are personal passions and beliefs involved.

Being a British Governor living in America means that Thomas's allegiances, and those of his American wife, are sharply divided.

In this anxious time, Thomas seeks solace through teaching his pretty black slave, Sara, the simple pleasures of reading and writing.

But with conflict, heartbreak and death close at hand, threatening to engulf all involved, can true love and happiness ever prevail for the Governor and his lady?

A remarkable and thoroughly researched historical novel, The Governor's Ladies explores the complexities of human nature amidst the turmoil of love, loss, betrayal and revenge.

The Sutton Place trilogy    *    other romances by Deryn Lake